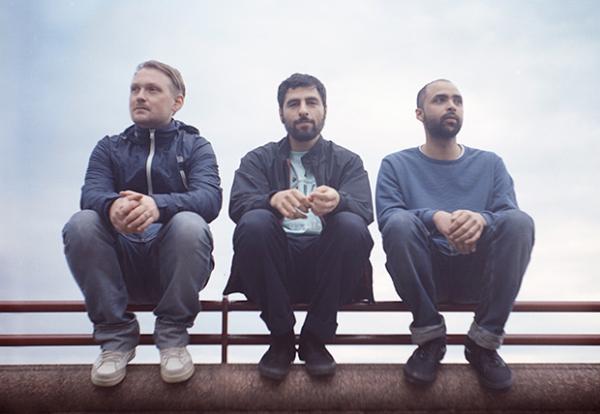 Happy Father’s Day!! If you are still looking for something awesome to do with your Dad, or coming back to Philly after a great day with your family, there are two shows tonight that are definitely worth your attention, and ears.

Tonight Swedish trio Junip which features the breathtaking vocals and guitar of Jose Gonzalez along with Elias Araya (drums) and Tobias Winterkorn (organ,moog), will be making their last stop of their North American tour supporting their self-titled sophomore record right here in Philly at Union Transfer.

Junip was written and recorded in the hometown of the band Gothenberg, Sweden, a city that has in the past, and more recently, given us a lot of great music. The same proves for this new record! The band decided to use the same rehearsal space and producer, Don Alsterberg, as their 2010 debut album Fields, and felt that the songs on this new record represented them so well a self-title seemed appropriate, as Gonzalez stated,

“All the ups and downs were very ‘Junip,’ so titling it with our name seemed appropriately iconic. It’s truly a band album.”

Junip is out now so make sure you pick the album up at your local record store or at the show tonight. The live performance is bound to be just as, if not more, moving, magical, and powerful as their music is on record, so fans this is not a show to miss! Doors open at 8pm and the show starts at 8:30, so make sure you get there on time to catch the bands support for the evening Birdie Busch and the Greatest Night and Barbarossa. Tickets are $18 and you can get them here or at the Union Transfer Box Office!

Junip “Your Life, Your Call”

Such two dreamy shows happening at the same time, why aren’t they together?

Sam Amidon is a mesmerizing vocalist with a voice that sounds like it’s from another time, a pure great American storyteller whose medium is music. His lyrics are so vivid they are truly moving, they make you feel like you are part of a movie or someone else’s story…feeling almost guilty that you’re listening in but they sound so beautiful you just can’t stop. Pair that with banjo playing you can absolutely get lost in, and you have an album that will be on repeat for a long time, and it’s called Bright Sunny South.

Tonight Sam Amidon will be playing at Johnny Brenda’s celebrating his debut album Bright Sunny South out now through Nonesuch Records! Doors are at 7PM and the show starts at 8PM with The Heaven and The New Earth playing at 8pm, Alessi’s Ark playing at 9pm and Sam Amidon playing at 10pm! Tickets are only $10 and you can get them here or at the door. Make sure you get there with enough time to see all the bands and pick up your copy of Bright Sunny South at the show! Sam Amidon has a couple more dates in the US before he heads overseas, check out some of his music videos below and more tour dates here.